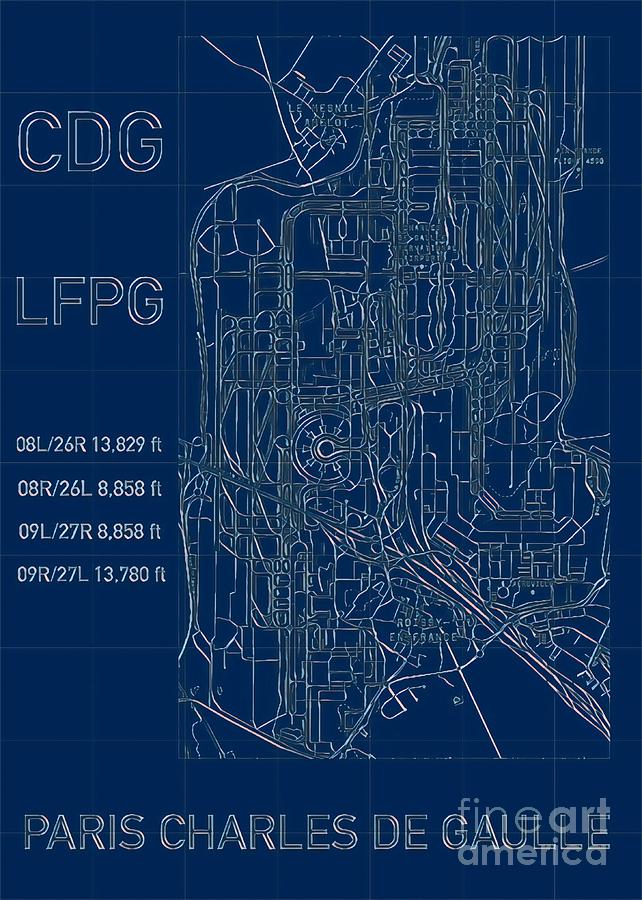 Paris Charles de Gaulle Airport (French: Aéroport de Paris-Charles-de-Gaulle, IATA: CDG, ICAO: LFPG), also known as Roissy Airport (name of the local district), is the largest international airport in France and the second largest in Europe. It is named after Charles de Gaulle (1890–1970), leader of the Free French Forces during the Second World War, founder of the French Fifth Republic and President of France from 1959 to 1969. Charles de Gaulle Airport is located within portions of several communes 25 km (16 mi) to the northeast of Paris. Charles de Gaulle Airport serves as the principal hub for Air France and other legacy carriers (from Star Alliance, Oneworld and SkyTeam), as well as a focus city for low-cost carriers easyJet, Vueling, and Norwegian Air Shuttle. The Airport is operated by Groupe ADP under the brand Paris Aéroport.
In 2018, the airport handled 72,229,723 passengers and 480,945 aircraft movements, thus making it the world's tenth-busiest airport, and Europe's second-busiest airport (after London Heathrow) in terms of passenger numbers. In terms of cargo traffic, the airport is the twelfth-busiest in the world and the second-busiest in Europe (after Frankfurt Airport), handling 2,150,950 metric tonnes of cargo in 2012.