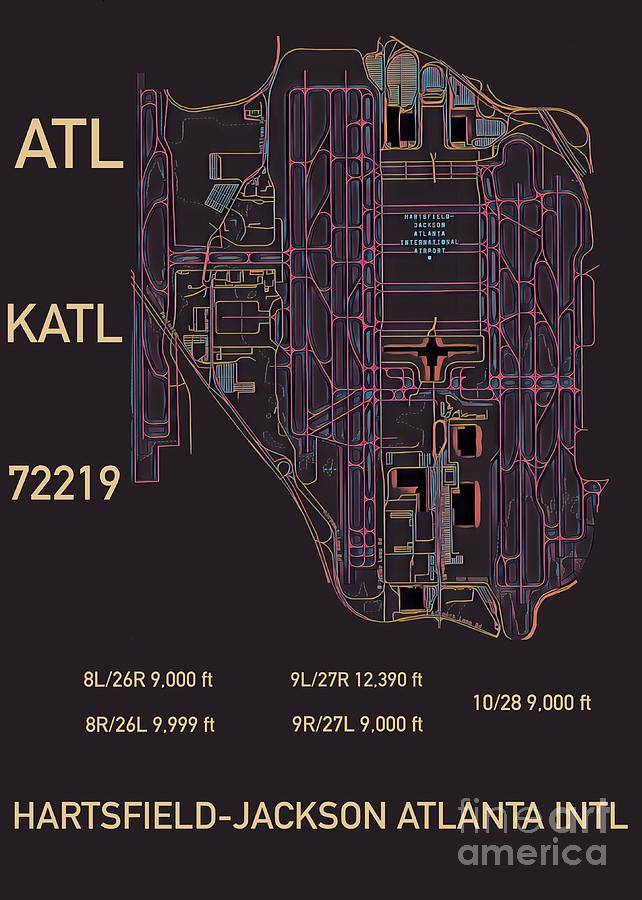 Hartsfield–Jackson Atlanta International Airport (IATA: ATL, ICAO: KATL, FAA LID: ATL), also known as Atlanta Airport, Hartsfield, or Hartsfield–Jackson, is an international airport 7 miles (11 km) south of downtown Atlanta, Georgia. It is named after former Atlanta mayors William B. Hartsfield and Maynard Jackson. The airport has 192 domestic and international gates. ATL covers 4,700 acres (1,902 ha) of land and has five parallel runways.
The airport has international service within North America and to South America, Central America, Europe, Africa and Asia. As an international gateway to the United States, Hartsfield–Jackson ranks seventh. Many of the nearly one million flights are domestic flights; the airport is a major hub for travel in the southeastern region of the country.
Atlanta has been the world's busiest airport by passenger traffic since 1998, and by number of landings and take-offs every year since 2005 except 2014. Hartsfield–Jackson held its ranking as the world's busiest airport in 2012, both in passengers and number of flights, by accommodating 100 million passengers (more than 260,000 passengers daily) and 950,119 flights. In 2017, it remained the busiest airport in the world with 104 million passengers.
Hartsfield–Jackson is the primary hub of Delta Air Lines, and is a focus city for low-cost carriers Frontier Airlines, Southwest Airlines, and Spirit Airlines. With just over 1,000 flights a day to 225 domestic and international destinations, the Delta hub is the world's largest hub.